Leonardo Fibonacci discovered the sequence which converges on phi.

In the 1202 AD, Leonardo Fibonacci wrote in his book “Liber Abaci” of a simple numerical sequence that is the foundation for an incredible mathematical relationship behind phi.  This sequence was known as early as the 6th century AD by Indian mathematicians, but it was Fibonacci who introduced it to the west after his travels throughout the Mediterranean world and North Africa. He is also known as Leonardo Bonacci, as his name is derived in Italian from words meaning “son of (the) Bonacci”.

Starting with 0 and 1, each new number in the sequence is simply the sum of the two before it.

This sequence is shown in the right margin of a page in Liber Abaci, where a copy of the book is held by the Biblioteca Nazionale di Firenze. Click to enlarge. 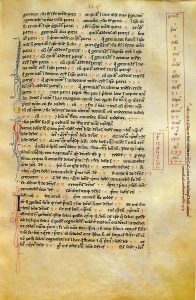 The relationship of the Fibonacci sequence to the golden ratio is this: The ratio of each successive pair of numbers in the sequence approximates Phi (1.618. . .) , as 5 divided by 3 is 1.666…, and 8 divided by 5 is 1.60. This relationship wasn’t discovered though until about 1600, when Johannes Kepler and others began to write of it.

The table below shows how the ratios of the successive numbers in the Fibonacci sequence quickly converge on Phi.  After the 40th number in the sequence, the ratio is accurate to 15 decimal places.

Compute any number in the Fibonacci Sequence easily!

Here are two ways you can use phi to compute the nth number in the Fibonacci sequence (fn).

If you consider 0 in the Fibonacci sequence to correspond to n = 0, use this formula:

Perhaps a better way is to consider 0 in the Fibonacci sequence to correspond to the 1st Fibonacci number where n = 1 for 0.  Then you can use this formula, discovered and contributed by Jordan Malachi Dant in April 2005:

The ratio of successive Fibonacci numbers converges on phi

Tawfik Mohammed notes that 13, considered by some to be an unlucky number, is found at position number 7, the lucky number!

The Fibonacci Sequence and Gambling or Lotteries 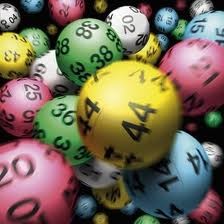 Some people hope that Fibonacci numbers will provide an edge in picking lottery numbers or bets in gambling. The truth is that the outcomes of games of chance are determined by random outcomes and have no special connection to Fibonacci numbers.

There are, however, betting systems used to manage the way bets are placed, and the Fibonacci system based on the Fibonacci sequence is a variation on the Martingale progression. In this system, often used for casino and online roulette, the pattern of bets placed follows a Fibonacci progression: i.e., each wager should be the sum of the previous two wagers until a win is made. If a number wins, the bet goes back two numbers in the sequence because their sum was equal to the previous bet.

An important caution: Betting systems do not alter the fundamental odds of a game, which are always in favor of the casino or the lottery. They may just be useful in making the playing of bets more methodical, as illustrated in the example below: