You are here: Home / Face/Beauty / Beauty, the perfect face and the Golden Ratio, featuring Florence Colgate

What determines the beauty of a perfect face?

We may never answer the question “how many angels can dance on the point of a needle,” but how about this one: “How many Divine proportions ratios are there in the face of an angel?” The YouTube video and information in this article may give some insight into the answer, with details on the contest, a recap of explanations of beauty that fall short and new insights and a video illustrating the impact of the golden ratio in beauty. 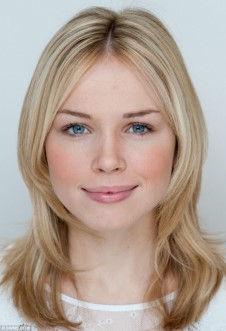 The British contest in 2012 to find “Britain’s Perfect Face” draws over 8,000 entries, and finds Florence Colgate as the winner

British company Lorraine Cosmetics sponsored a contest in 2012 to find “Britain’s Perfect Face.” Billed as the “Naked Competition,” and seeking the most perfect makeup-free face, contestants were required to have completely natural faces, without make-up, botox or cosmetic surgery. The competition drew entries from 8,045 contestants, who were initially screened by a panel that included such industry notables as Joanna Hutton, senior skincare buyer for Superdrug, and Jody Furlong, casting director and model scout.

Once the panel had selected three finalists from the 18-40 age category and three from age 41 and over, voting was opened to the public. Florence Colgate, an 18-year-old student from Kent, England, was selected as their winner.

News stories reporting on the event offered various explanations and analysis as to what made Florence’s face the most perfect, referring to sources such as these: 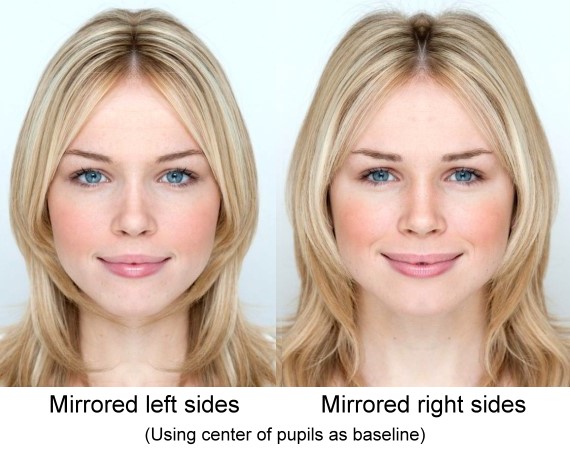 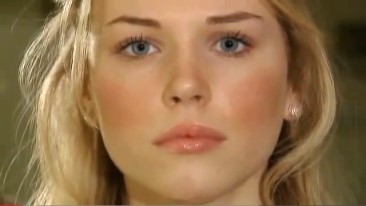 A more complete explanation of facial beauty analysis can be found in Phi, the Golden Ratio

I would like to offer a more complete explanation as to why Florence’s face was perceived among the many entries to be the most perfect: In addition to her facial symmetry and generally attractive feminine facial features, her facial proportions are an almost perfect illustration of the Golden Ratio, 1.618, also known as phi.

How many golden ratios do you think could appear in the perfect human face? 4? 6? 12? 20, or even more? Take a guess. Then watch the YouTube video below.

Were there more golden ratios in her face than you thought? The video shows a simple facial analysis of the basic golden ratio relationships on only the horizontal and vertical dimensions of the face. In the video, the golden spiral closely follows the curve of the lower half of her face. This illustrates that beauty is also a function of the shape and position of the many curves found in the human face. For example, a nose flare with sharp square edges would not be as beautiful as one with gently rounded arcs, even though both could conform to the golden ratio in their size and position. For another view on this, see the patented Beauty Mask developed by Dr. Stephen Marquardt. This mask provides an archetype for facial beauty that captures the positions and shapes of all key facial features, and is also based on the golden ratio.

Here is a list of the golden ratio proportions shown in the video:

Not every face has golden ratios as numerous and as exact as Florence’s, but most faces regarded as beautiful will have a significant number of key facial proportions that are at, or very close to, the golden ratio. Examples of this are shown in my posts on:

“Beauty is in the eye, or phi, of the beholder?”

It has long been said that beauty is in the eye of the beholder and thought that beauty varies by race, culture or era.  The evidence, however, shows that our perception of physical beauty is hard wired into our being and based on how closely the features of one’s face reflect phi in their proportions.

So what are your thoughts about these findings on perceptions of facial beauty? Is the Golden Ratio the most critical factor? Is the evidence presented here on facial beauty more precise, complete and compelling than symmetry alone, or the simplistic measures of the 2009 study? Your comments are welcome.

For further reading see the articles below: