In January 2010 Science Daily and Physics World announced the discovery of a hidden Phi symmetry in solid state matter.  As explained in the Science Daily article: 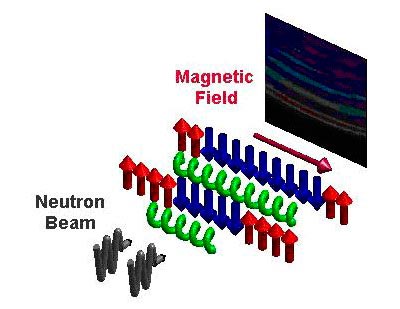 “On the atomic scale particles do not behave as we know it in the macro-atomic world. New properties emerge which are the result of an effect known as the Heisenberg’s Uncertainty Principle. In order to study these nanoscale quantum effects the researchers have focused on the magnetic material cobalt niobate. It consists of linked magnetic atoms, which form chains just like a very thin bar magnet, but only one atom wide and are a useful model for describing ferromagnetism on the nanoscale in solid state matter.

When applying a magnetic field at right angles to an aligned spin the magnetic chain will transform into a new state called quantum critical, which can be thought of as a quantum version of a fractal pattern. Prof. Alan Tennant, the leader of the Berlin group, explains “The system reaches a quantum uncertain — or a Schrödinger cat state. This is what we did in our experiments with cobalt niobate. We have tuned the system exactly in order to turn it quantum critical.”

By tuning the system and artificially introducing more quantum uncertainty the researchers observed that the chain of atoms acts like a nanoscale guitar string. Dr. Radu Coldea from Oxford University, who is the principal author of the paper and drove the international project from its inception a decade ago until the present, explains: “Here the tension comes from the interaction between spins causing them to magnetically resonate. For these interactions we found a series (scale) of resonant notes: The first two notes show a perfect relationship with each other. Their frequencies (pitch) are in the ratio of 1.618…, which is the golden ratio famous from art and architecture.” Radu Coldea is convinced that this is no coincidence. “It reflects a beautiful property of the quantum system — a hidden symmetry. Actually quite a special one called E8 by mathematicians, and this is its first observation in a material,” he explains.”

The E8 structure itself has relationships to Phi (1.618). 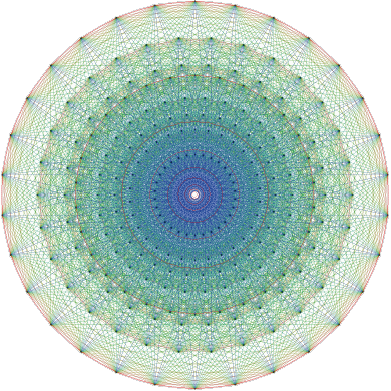