You are here: Home / Life / Fibonacci Numbers and Spirals in Plants

Plants illustrate the Fibonacci series in the numbers and arrangements of petals, leaves, sections and seeds. 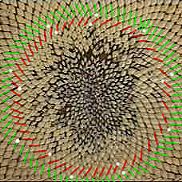 Here a plant illustrates that each successive level of branches is often based on a progression through the Fibonacci series.

You might expect symmetry in plants, but if you cut a fruit or vegetable you will often find that the number of sections is a Fibonacci number:

Many flowers have petals that total a number in, or very close to, the Fibonacci series: 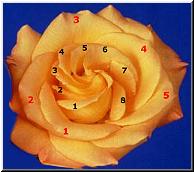