You are here: Home / Design/Art / Phi and the Golden Section in Architecture

Phi (Φ) the Golden Section, has been used by mankind for centuries in architecture.

Its use started as perhaps early as with the Egyptians in the design of the pyramids.  When the basic phi relationships are used to create a right triangle, it forms the dimensions of the great pyramids of Egypt, with the geometry shown below creating an angle of 51.83 degrees, the cosine of which is phi, or 0.618.   (See more on this at Phi, Pi and the Great Pyramid of Giza and Golden ratios in Great Pyramid of Giza site topography.)

The ancient Greek Euclid ((365–300 BC) wrote of it in “Elements” as the “dividing a line in the extreme and mean ratio.”   The Parthenon, built in 447 to 438 BC, appears to use it in some aspects of its design to achieve beauty and balance its design.  The illustration below shows one of the ways that the golden ratio is often reported to appear in its design. This, however, is subject to some debate, as the application of the golden ratio is often not accurately described in many sources. Furthermore, using the second step of the Parthenon seems somewhat arbitrary. There are, however, other dimensions of the Parthenon which appear to be golden ratios. This is discussed in more detail at The Parthenon and the Golden Ratio. 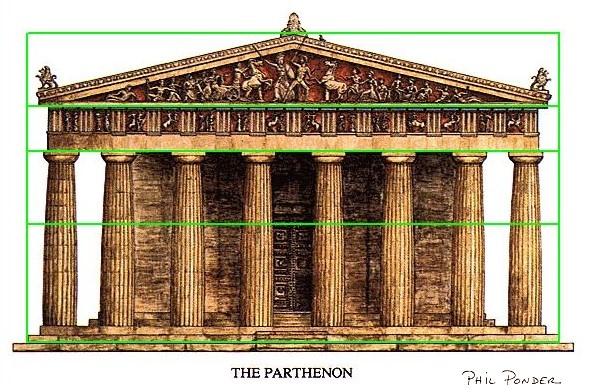 Notre Dame in Paris, which was built in between 1163 and 1250 appears to have golden ratio proportions in a number of its key proportions of design.  Although it is rather asymmetrical in its design and difficult to measure photographically because of parallax distortions, the golden ratio lines of the green, blue and red rectangles conform closely to the major architectural lines, which represent: 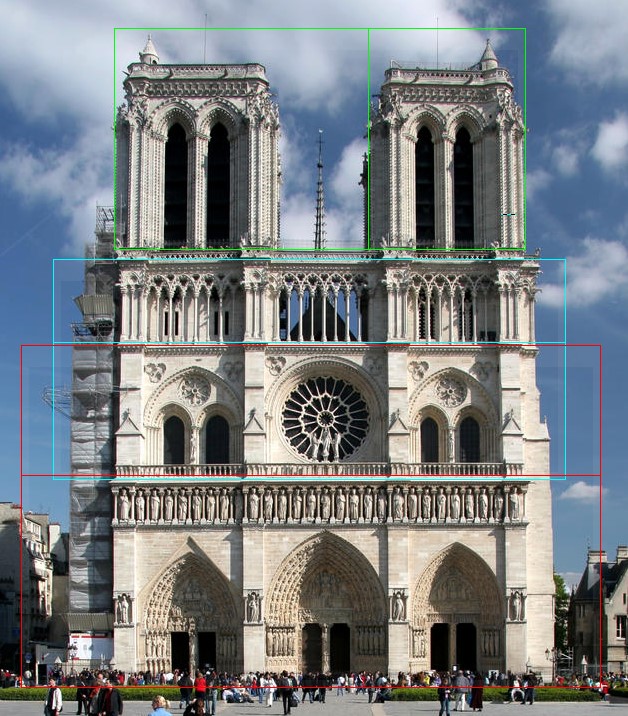 Renaissance artists of the 1500’s in the time of Leonardo Da Vinci knew it as the Divine Proportion.  In India, it was used in the construction of the Taj Mahal, which was completed in 1648.  Click on photos below for enlarged image. 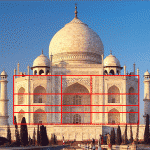 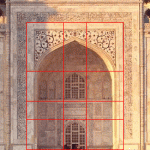 The United Nations building also reflects the golden ratio in a number of aspects of its design, as described in more detail on the UN Secretariat Building page. 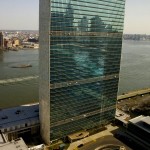 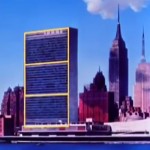 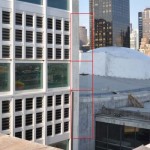 The CN Tower in Toronto, the tallest tower and freestanding structure in the world, has contains the golden ratio in its design. The ratio of observation deck at 342 meters to the total height of 553.33 is 0.618 or phi, the reciprocal of Phi!